This weekend I attended the Bitcoin Job Fair in Sunnyvale, CA. There I had the pleasure of meeting Balaji Srinivasan in person, and he was kind enough to let me take a picture with him. 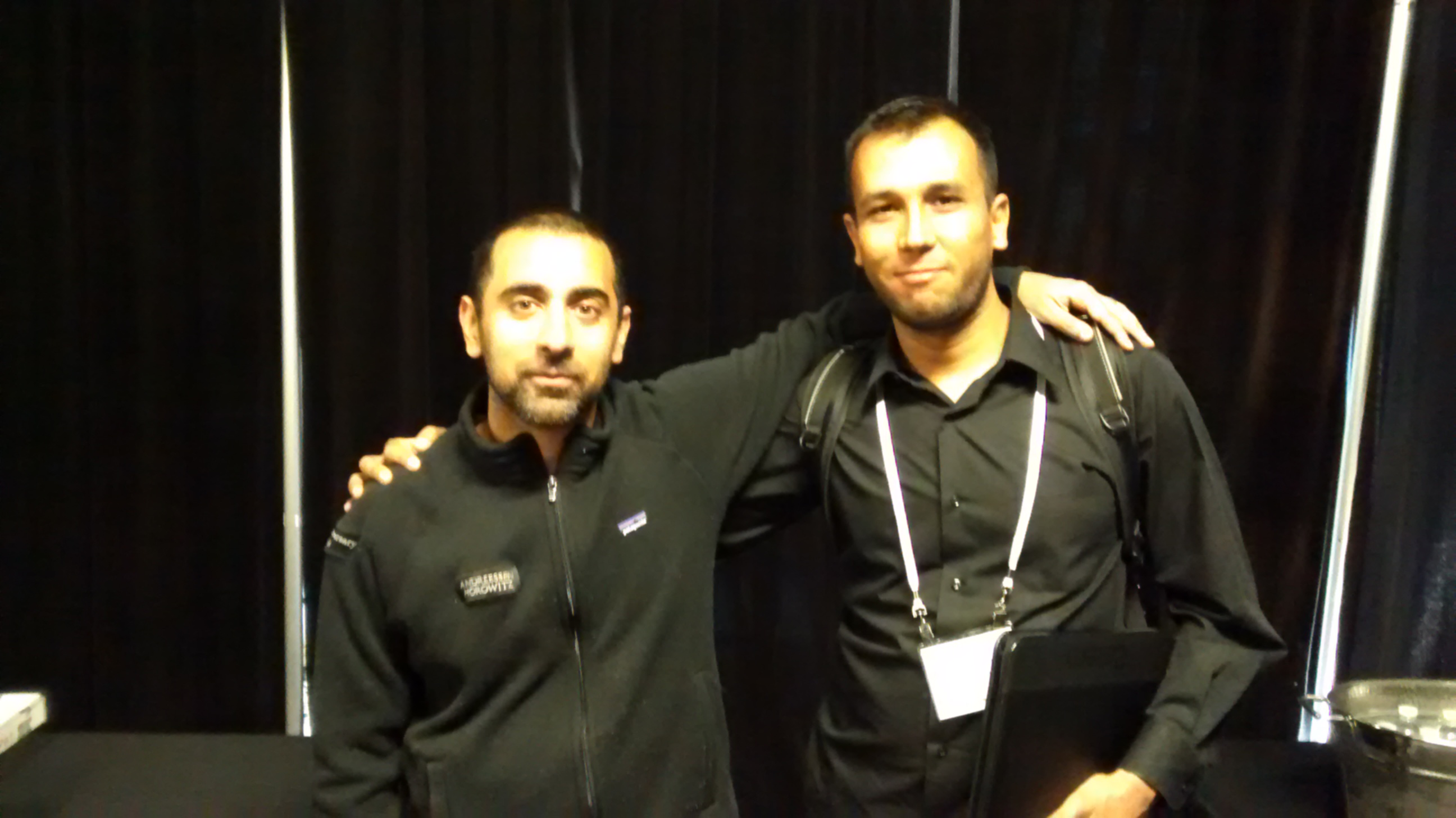 If you don’t know who he is, I strongly recommend that you watch his talk titled Silicon Valley’s Ultimate Exit. I have been a big fan ever since I saw that talk. One of the observations that Srinivasan makes is about how Silicon Valley technologies are already disrupting major centers of power in the United States, and replacing what until now used to be brick and mortar entities that relied primarily on paper to transmit and store information (appropriately referred to as the Paper Belt), with digital entities based on the internet that have small to no presence in the physical world.

There is hardly an industry that has not been affected by Silicon Valley now. The entertainment industry which until recently derived its profits mostly from the middle men that distributed content from producers to consumers has been transformed by technologies like iTunes and BitTorrent that can serve the same function at close to zero cost. The education industry is being disrupted right now by companies like Khan Academy or Coursera which exist solely on the internet and require no costly physical campus. But the example that was most interesting to me, to which there was only a brief reference in that talk from 2013, was Bitcoin.

Fast forward to 2015, and it is quite exciting to see that Srinivasan has now turned his attention fully onto Bitcoin. His presentation during the fair was entirely focused on the cryptocurrency. One of the more striking facts mentioned was about how Bitcoin is now bigger than Google itself by several significant metrics. In terms of energy consumption, the Bitcoin mining network already draws in more energy than all of Google’s datacenters combined. In terms of computational power, Bitcoin has surpassed Google’s server farms too. While in terms of market capitalization, Bitcoin still trails Google by several orders of magnitude, one has to wonder how long it will be before Google is left behind in that category too by what just a few years ago used to be an obscure open source project, dismissed by most as a toy currency. Given its meteoric rise, one can only wonder where Bitcoin will be in the coming years.